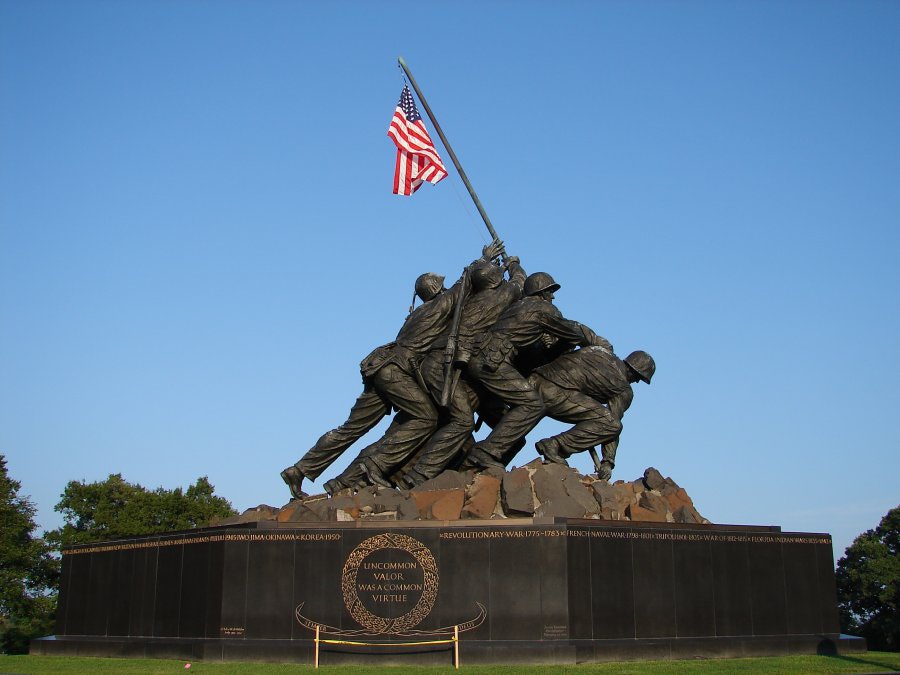 Recently I stopped at the US Marine Corp War Memorial in Washington DC. Walking around the base with its lengthy list of Marine engagements since 1775, now a double row on several sides, I thought, “How many of these can faithfully be considered to be in defence of the homeland? How many expansionist wars within North America and how many imperialist ventures around the world?”

Run through them yourself and see what you think. Keep in mind that the section devoted to WWII, which takes up two sides, includes the names of all the major engagements, but still within that single conflict. [1]Don’t forget that these are just Marine engagements – think of ones you would have to add to the list including the Army, Air Force, Navy, CIA, DEA, and so on.