America has always been an expansionist country. Just ask Native Americans. By the end of the 19th century our internal empire building reached its physical limits and America began to reach out. In the post WWII period the American Empire became a global fact. The US military failed to contract as it had following every war preceding.

In the post WWII era, under the guise of the Cold War, the American Empire expanded with over 700 military bases and tens of thousands of troops posted in Europe, Asia, Central and South America, and Africa. The US Navy is comprehensively dominant in every ocean. The secret state of spies (CIA, NSA, and so on) add another layer of capabilities that are largely unknowable. though visible through their role in “regime change”.This almost 75 year period of the American Empire is characterized by almost continuous warfare and use of force to impose our will, at will, on every continent through direct intervention and “regime change”.

The official American rhetoric of American exceptionalism centers around three claims. America is unique and original. America is built on ideals of egalitarianism, democracy, individualism, and laissez-fair economics. Finally, America is superior and has a duty to spread its values and system around the world.

Though not part of the official rhetoric there are schools of thought concerning the American Empire that come from the hard-nosed “real politik” diplomacy inspired by Metternich and other earlier practitioners of state craft. This is the Kissinger, Brzezinski school. Then, of course, there are the not too hard to discern influences of America’s global corporations and financial interests. 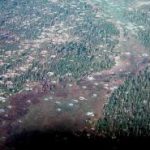 The question is:  for whom is the American Empire a good thing?