The 1/2% of the Population That Run Our Politics

Recently I came on a Ted Talk by Lawrence Lessig, “We the People, and the Republic we must reclaim” filmed in February 2013 (18:19 minutes). This typically brief TED talk provides a compelling argument for why the dominance of big money in our political system has turned it into an oligarchy and kleptocracy – my words not Lessig’s.

“.26 percent of America gave 200 dollars or more to any federal candidate, .05 percent gave the maximum amount to any federal candidate, .01 percent — the one percent of the one percent — gave 10,000 dollars or more to federal candidates, and in this election cycle, my favorite statistic is .000042 percent — for those of you doing the numbers, you know that’s 132 Americans — gave 60 percent of the Super PAC money spenting the cycle we have just seen ending. So I’m just a lawyer, I look at this range of numbers, and I say it’s fair for me to say it’s .05 percent who are our relevant funders in America.”

The Inexorable Narrowing of Our Politics That Is the Corruption 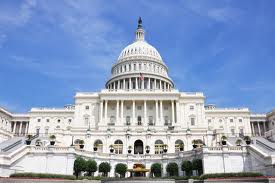 In order for people to get elected they must win the hearts, minds, and wallets of this incredibly small slice of America (155,000 out of 311,000,000). If members of Congress and the Senate spend 30% to 70% of their time (more about these percentages below) dialing for dollars to these funders they will inevitably take positions that will not offend the interests of these people. You do not have to be an expert or hold a PhD in any subject to know with absolute certainty the truth of this assertion. Lessig argues further that this incredibly small rich segment hold their own primary election before we have any candidates. Virtually no candidate can successfully run for office without first winning the back room primary held by these folks handing out the money. [1]A recent trip by Obama to California to give a graduation speech at UC Irvine included  this: “President Obama left a DNC fundraiser in Laguna Beach at 10:50 a.m. About 25 supporters contributed up to $32,400 at the event, which was hosted by Anne Earhart, according to the DNC” – http://www.desertsun.com/story/news/local/2014/06/14/president-obama-michelle-air-force-one-coachella-valley-los-angeles/10519283/ accessed 06/16/2014. The LA Times pointed to six fundraising events by Obama on this trip – http://www.latimes.com/nation/politics/politicsnow/la-pn-president-obama-hits-fundraising-circuit-in-california-20140507-story.html accessed 06/16/2014

Thus the interests of the other 99.5% of Americans never enter the political stage. And, you liberals, the Democratic Party feeds at the same trough of the wealthy as the Republicans. This is bipartisanship in action. Why do you think Obama put Wall St. personnel in charge of the economy? OK, some of them had only passed by Wall St. via Harvard and the Fed, but, if it quacks like a duck and walks like a duck it must be??

Note that this argument does not take into account the army of K Street lobbyists who shower $ billions of dollars each year on the 535 members of Congress and the Senate. One estimate of the size of the lobbying industry suggests that it employs 100,000 people and spends $9 billion per year. Aggravating the corrosive effect of all this money is the revolving door between Congress and K Street. Why would any politician endanger their life post-elective office in this swamp of money by taking a position that would disappoint the funders?

For a view on the actual process of raising all this money there is a great podcast from This American Life – Take the Money and Run for Office (03/30/2012). This provides an in-depth view of the money raising process. This is a source for the estimate that 30% to 60% of Congress members’ time taken up with raising money. The podcast also illustrates the connection to K Street lobbyists and their money very directly. Chilling actually. And we have not yet seen the full impact of the Supreme Court’s rulings legalizing even more money in politics.

I have often commented about the corruption in Russia. It is a commonplace in Russian life to give and take bribes. There is no effective rule of law in criminal or civil affairs. Thinking afresh about our situation it strikes me that the corruption at the center of our politics is far more insidious because it is effectively hidden behind the veil of liberal democratic rhetoric repeated incessantly by politicians and the media machine.