Trump and Republicans (and some Democrats) puff up the return of well-paid manufacturing jobs and toss about ideas that thirty years of globalization can be reversed by renegotiating NAFTA and other trade agreements. All the while one of the most important factors in the disappearance of jobs, automation and robots are taking away jobs in plain view. The implications for the future of jobs seems daunting to minimize the impacts. Our political system is completely ignoring the reality that we can all see and experience in our day to day travels. And, note that most of the jobs being replaced in the examples below are low-pay-low-skill jobs.

Here is a video from Walmart about their aisle scanning robots.

Don’t believe for a second that this and future robots and automation will not lead to loss of jobs. “Automation is taking a larger role in retail as companies like Wal-Mart work to improve efficiency and control costs. Last year, Wal-Mart introduced cash recycler machines at its stores and centralized invoicing operations, leading to the elimination of about 7,000 backroom positions at the store level.” 1

Even in areas where you might think that automation and robotics such as oil and gas drilling rigs the signs of job loss are appearing. As this graph2 below demonstrates the number of workers per rig is falling. 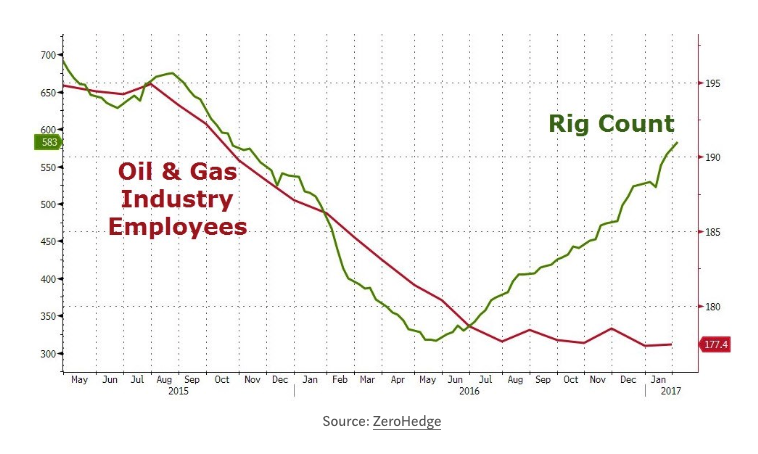 Earlier we noted: “US steel production, one of those lost American industries, is now as high as it was at the beginning of the 1960s.  But, the industry shed 75% of its workforce, 400,000 jobs, due to changes in manufacturing processes.”3 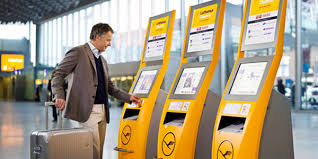 Airlines have been moving forward with self-checkin and now self-baggage handling.

We are all familiar with the self-checkout lines at our local grocery stores. 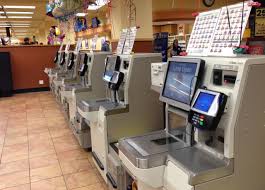 Amazon (and others) are experimenting with no checkout stores.

We don’t have this feature at our local library (Hudson Area Library), yet. 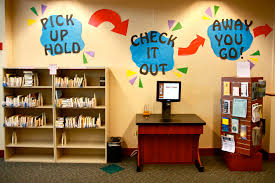 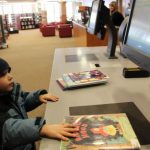 A Note on Jobs & Unemployment – revised

December 31, 2017 economy, free-market ideology Comments Off on A Note on Jobs & Unemployment – revised
A Note on Jobs & Unemployment Original publication date – 12/27/2016; Revised – 12/31/2017 As the presidential campaign of 2016 fades away and the Trump Era begins, we find a national scene without any real discussion of the facts of jobs and unemployment and what the future might bring. Trump --->> read more -->>