This report includes eight drawings by Abu Zubaydah, a Guantanamo detainee, illustrating his experiences during torture sessions. Abu Zubaydah is also a figure in the movie discussed below. This report is really a short book, some 95 pages including extensive notes, that covers all aspects of the CIA torture program.

Here are screen grabs of the Abu Zubaydah drawings in the report. 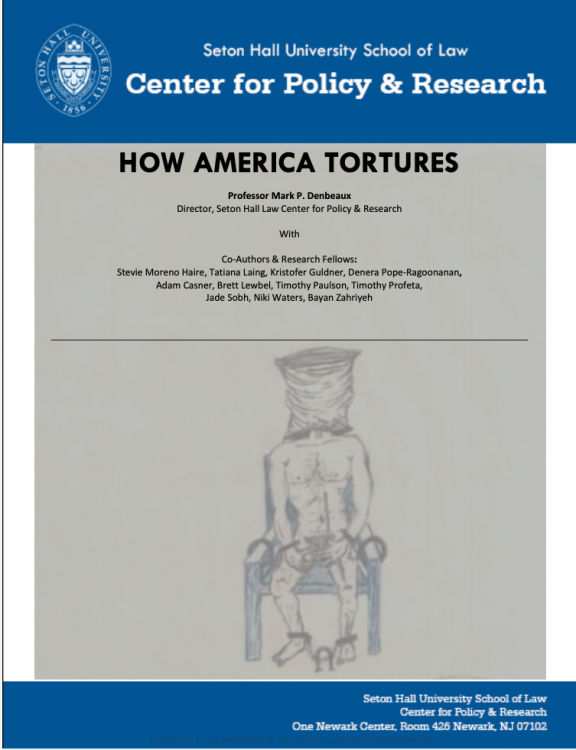 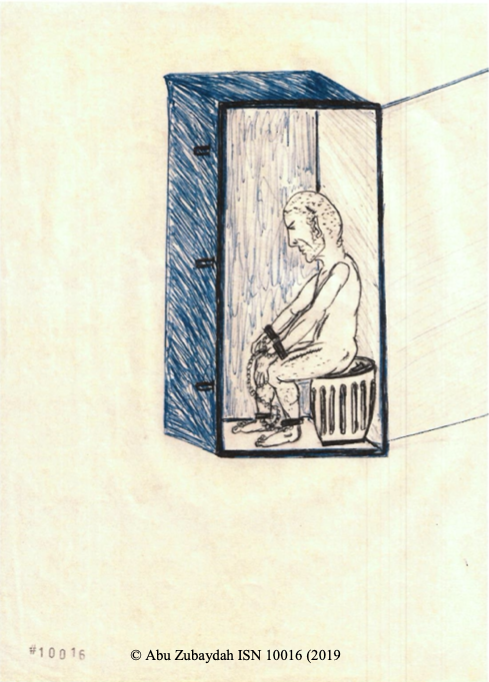 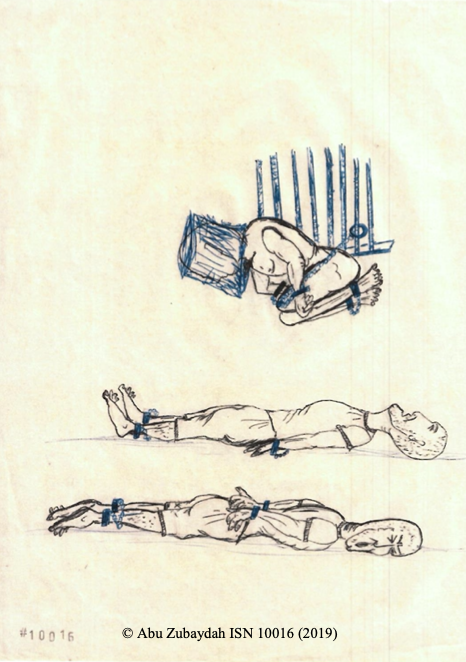 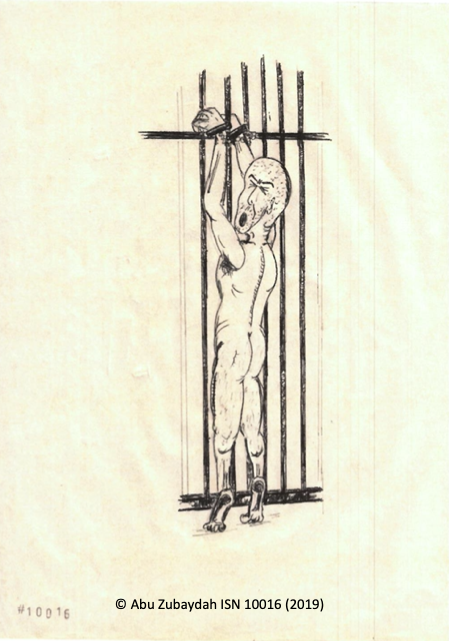 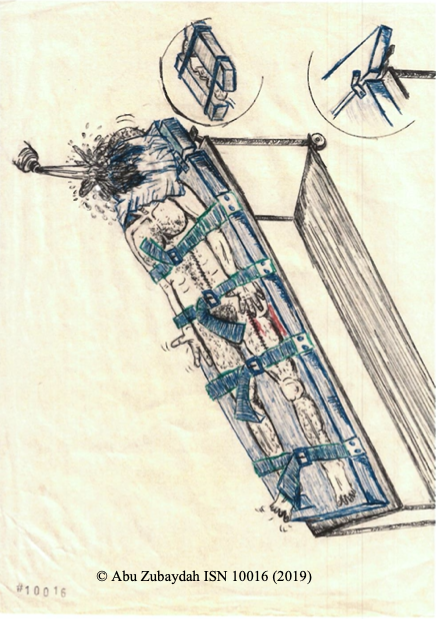 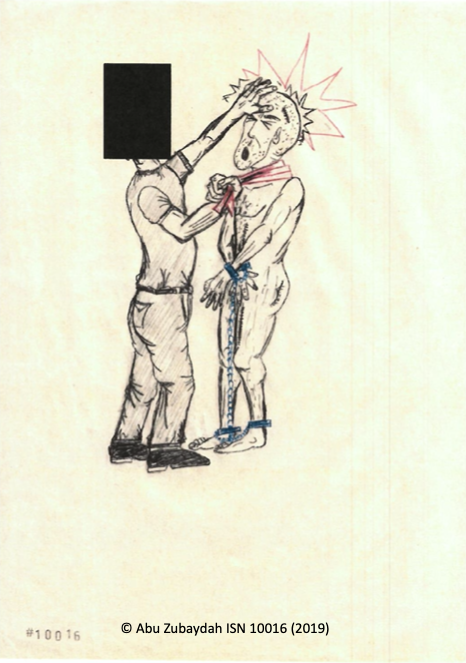 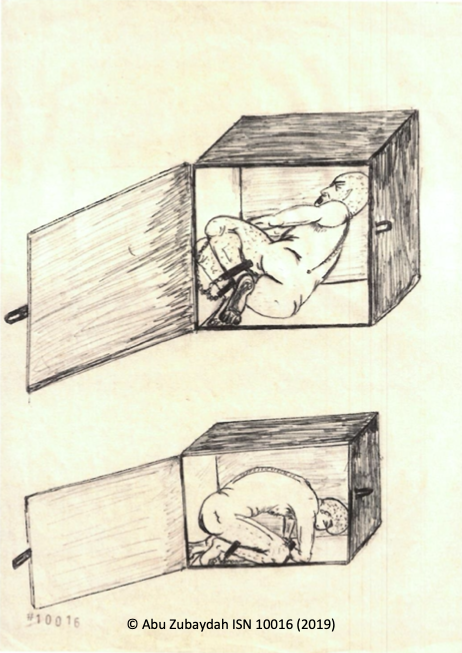 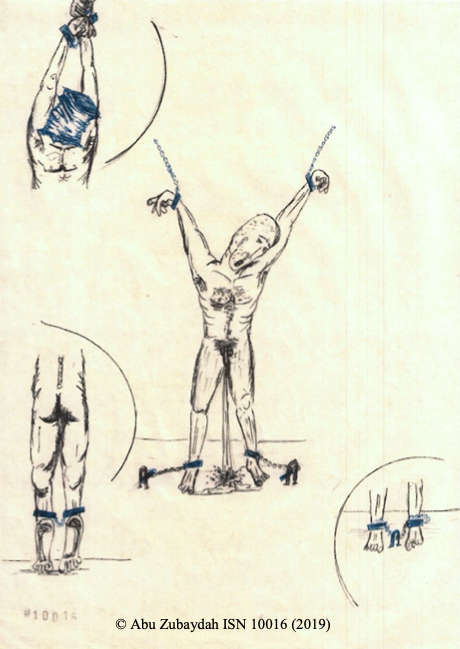 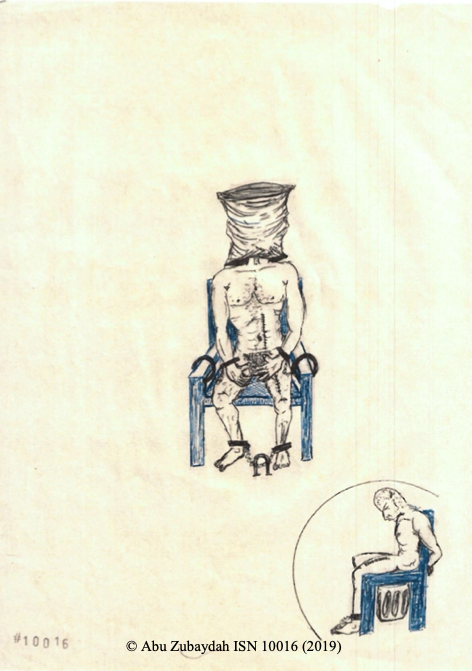 The Introduction from the report:

Americans may find it difficult to acknowledge that top officials in the West Wing of the White House and the Office of Legal Counsel of the Department of Justice orchestrated and poorly oversaw a horrific torture program that was responsible for the detention and interrogation of countless detainees. Sixteen years ago, the White House and the Department of Justice created a torture program and, through a series of legal memoranda, attempted to immunize Central Intelligence Agency (CIA) agents from criminal liability. The language was formal, legalistic, antiseptic, and euphemistic. That, combined with vague definitions of the techniques, disguised the extent of abuse the memos were approving and/or permitting. For many years, virtually no attention has been paid to the specific details of the techniques that were used in America’s name and too little investigation has gone into the specific uses that the CIA made of these techniques.

This report presents the specific details of what the torture memos permitted and most importantly, how the techniques were implemented and applied.

This report is based on information from many of those who were tortured under the program, including Zayn al-Abidin Muhammad Husayn (Abu Zubaydah), as well as many CIA cables, the Senate Select Committee on Intelligence Report, and numerous other government documents.

The torture memos described the ten techniques that were designed and approved to torture one person, Abu Zubaydah. All ten techniques were used upon him and, while he has not been allowed to speak, some of his descriptions of those experiences were declassified. They have not been previously examined. The descriptions by Abu Zubaydah of some of the torture techniques is attached as an appendix. The text incorporates parts of his description and when it is included in the text it is always bolded.

As compelling as the verbal descriptions of the techniques are, this report publishes the first visual representation of how the torture techniques were performed. The graphic representations are the original works of the man for whom the torture was designed, Abu Zubaydah. Because they have never been published before and because of their historical importance, all eight graphics are presented in full at the beginning of this report. The same graphics are also included in the text where they most appropriately belong.

The report will first address persistent conditions which were employed broadly against detainees, followed by an in depth look at each approved torture technique. Finally, the report will address several techniques not specifically approved, but which played a key role in advancing the program. Overall, this report will illustrate how the following factors led to the gross abuse of the torture program: (1) the lack of clarity and purposeful ambiguity in defining what was allowed and what was not allowed during interrogations; (2) the failure by the government to account for the use of persistent techniques and unapproved techniques alongside those that were approved; and (3) the negligence and intentional disregard of the consequences of such a torture program.

The Report – the movie 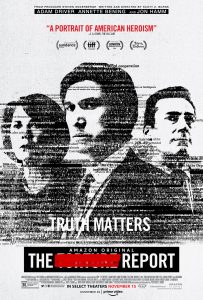 I have seen this movie – cast as a thriller but really filled with lots of details about the people and ideas behind the CIA’s torture regime. Even includes the role of John Yoo[https://en.wikipedia.org/wiki/John_Yoo accessed 12/13/2019], a lawyer in the Bush Department of Justice. Well-known for his opinions to justify the use of torture, expansive search of American’s telecommunications by the NSA and his support for the Unitary Executive theory.

August 19, 2018 empire, video-movies-podcasts Comments Off on President Authorizes Coup in Iran
Intervention in Iran – 65th Anniversary On August 19, 1953 President Eisenhower authorized the CIA to support British efforts to launch a coup against the popularly elected government of Prime Minister Mohammed Mossadegh in favor of Mohammad Reza Pahlavi, the Shah of Iran. At immediate issue were plans by Mossadegh to nationalize --->> read more -->>

Revisiting MetaData – Your Life Made Visible

November 17, 2016 politics, security state Comments Off on Revisiting MetaData – Your Life Made Visible
In the current moment much of the concern about privacy online and otherwise has been overwhelmed by Trump, inequality, racism and other matters. The NSA and other spies, government and corporate, are not taking a vacation.  I wrote earlier about this in  “The Uses of Metadata – an experiment you can --->> read more -->>