This 2013 article “How Much Money Would It Take to Eliminate Poverty” (http://prospect.org/article/how-much-money-would-it-take-eliminate-poverty-america) addresses this question. The answer then was $175 billion. This is a ridiculously small number in the context of a $16 trillion GDP.

As someone who is on the homeowners gravy train I was stuck by this part of the article:

Of course we live in a society that knows that poor people are poor because they are shiftless, drug addled and lazy. We certainly can’t reward those people with any help. Meanwhile the rich and corporations are worthy recipients of government handouts without fear that we will be corrupting them. 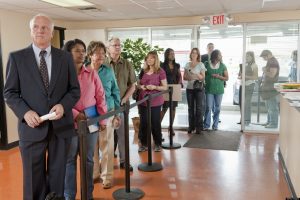 I’ve often thought it would be a salutary exercise if we handed out these tax breaks at a universal government payout office. Here, everyone receiving funds from the government would line up. As they received their check a big sign above the window would flash out the amount of their check. I think people on SSI would be outraged at how their measly few hundred dollars a month compared to the payouts to the rich and corporations.

So much of this is a question of what and whose priorities are being met by government action/inaction. Presently we don’t have a political system even vaguely responsive to the vast majority of Americans. In fact it is serving the rich and corporations quite admirably.

Diversity and Identity Politics Is A Deadend

March 1, 2017 politics Comments Off on Diversity and Identity Politics Is A Deadend
Progressives have to declare class war as a central strategy. Otherwise we will all be sitting at the dinner table basking in our glorious diversity with nothing to eat. For many good reasons identity and diversity have dominated our politics for decades.  Progressives celebrate its expansion and Republicans and their --->> read more -->>