“If New York were a separate country, its incarceration rate [for women] would be the 8th highest in the world. A woman in New York is 12 times more likely to be incarcerated than she would be in France.” 1

The Prison Policy Initiative has released a new study “Women’s Mass Incarceration: The Whole Pie 2017“. In a pattern that is similar to the fate of men in our mass incarceration system that charades as justice, 60% of those in local jails are there because they cannot afford bail. 29% of these women held for lack of cash are charged with drug offenses.

“A previous study found that women who could not make bail had an annual median income of just $11,071.And among those women, Black women had a median annual income of only $9,083 (just 20% that of a white non-incarcerated man). When the typical $10,000 bail amounts to a full year’s income, it’s no wonder that women are stuck in jail awaiting trial.”

See also our earlier note:  The US Wins Again – Incarceration in Global Context 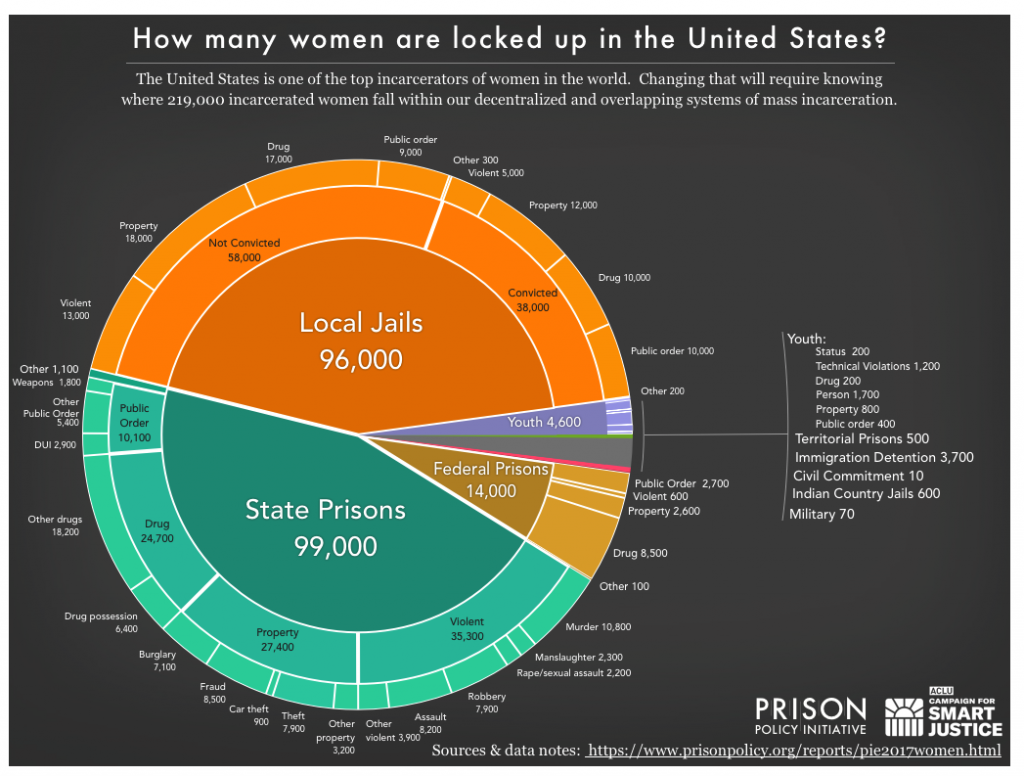 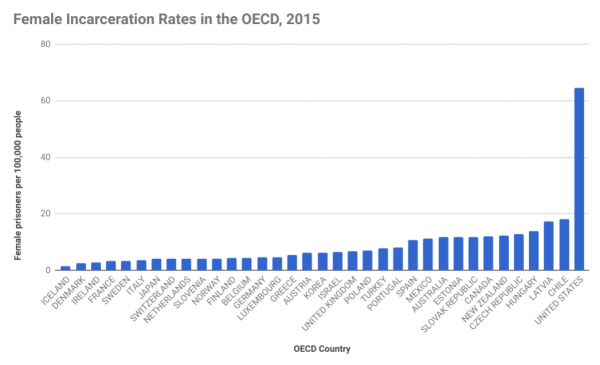 December 12, 2017 healthcare, justice/jails, racism 1
Opioids and White Privilege The arrival of opioids as a national concern might focus your attention on the role of drug companies, doctors, and hospitals in creating this new addiction path. In the October 30 New Yorker Patrick Radden Keefe provides a through introduction to this in his piece, “The --->> read more -->>

June 12, 2011 justice/jails Comments Off on America’s Longest War – a socio-political-military disaster – indicted by Global Commission on Drug Policy
Report of the Global Commission on Drug Policy Last week this commission released its report,  “War on Drugs“. This once again brings into focus our longest war, Nixon’s War on Drugs. Here are the first two paragraphs from the executive summary: The global war on drugs has failed, with devastating --->> read more -->>