A recent NPR story, “Freelanced: The Rise Of The Contract Workforce” based on the  NPR/Marist poll January 2018: Picture of Work shows that 1 in 5 jobs are now contract jobs. Here are the key findings reported:

Within a decade, contractors and freelancers could make up half of the American workforce. Workers across all industries and at all professional levels will be touched by the movement toward independent work — one without the constraints, or benefits, of full-time employment.

The bond between employer and employee that characterized the decades following WWII began to unravel in the 1980s and now is essentially non-existent. Under the cover of flexibility and market responsiveness, workers are now truly a day-to-day variable cost for corporations. The capitalist drive to reduce costs to increase profits has completely overwhelmed the traditional relationships of mutual responsibility.

As widely noted (and commented on here, “A Note on Jobs and Unemployment“) automation through work flow efficiencies and robots has been eliminating jobs for several decades. Recently it has become apparent that this trend is not limited to manufacturing but cutting through almost every segment of the economy. A trip to the airport will increasingly feature a visit with the self-service check-in kiosks. Law firms have outsourced research and writing for more than a decade. Just today Amazon has opened its automated shopping experience at Amazon Go in Seattle. This of course is really not so novel when you consider the self-service check-out kiosks at virtually every grocery store. 3.5 million cashier jobs are likely to disappear soon. These to join the 1.9 million long haul truck drivers who will become unemployed over the coming years due to autonomous vehicles.

Projections for job growth over the next ten years show that low-skill-low wage jobs will predominate.1 The labor participation rate remains stuck at historic lows perhaps reflecting the assessment of many potential workers that it is not worth getting out of bed to work. If you look at employment for young people and especially black and brown young people the situation is dire. 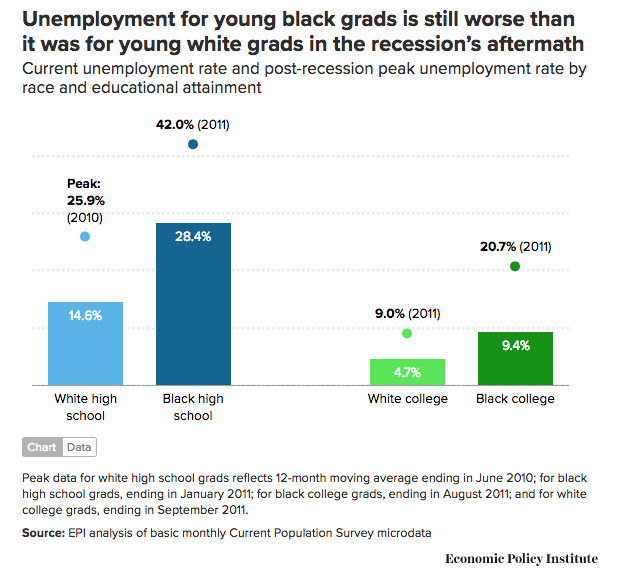 Meanwhile we continue to have healthcare and retirement savings tied to full-time jobs. Our system of 401K savings accounts is a failure. The Economic Policy Institute report “The State of American Retirement – How 401(k)s have failed most American workers” presented these graphs on the rate of savings among families and the inequality gap: 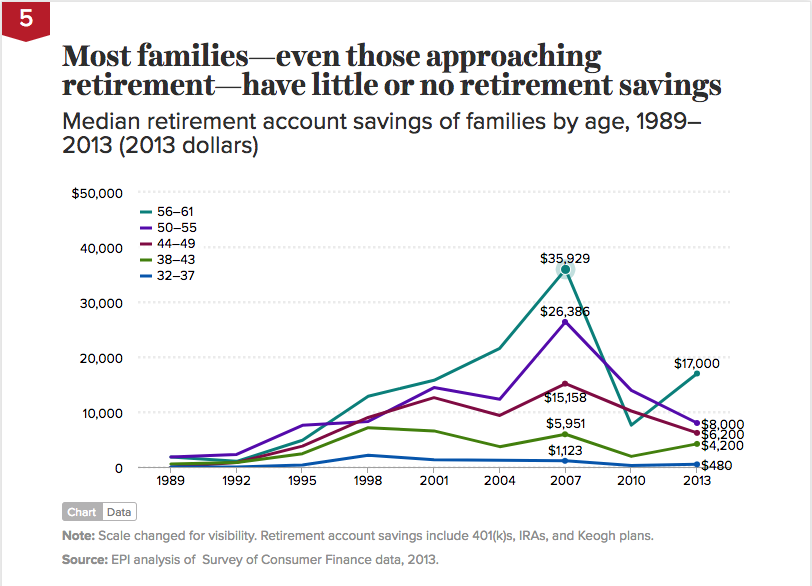 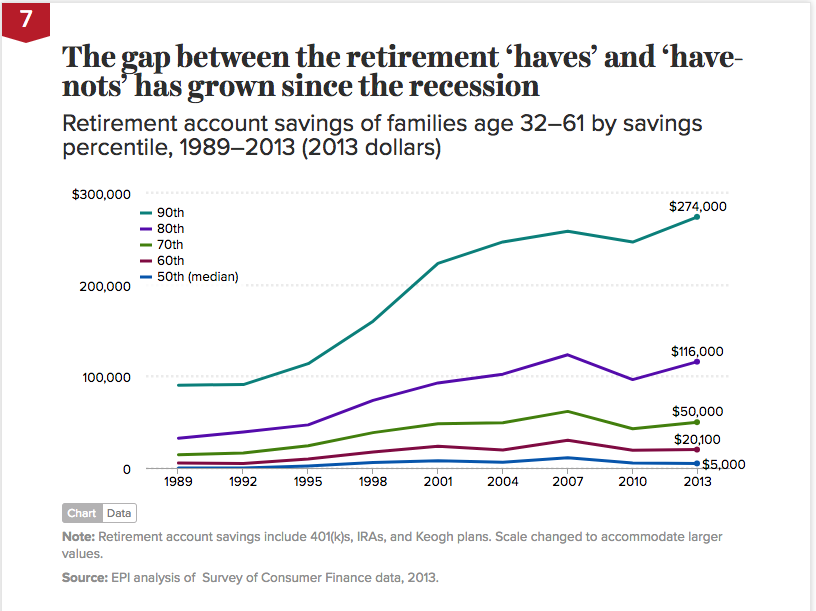 Political System Is Either Asleep or Avariciously Padding Pockets

Listening to our political leaders reveals that they are apparently oblivious of all of these changes and stresses in our employment system. When you add the facts of our 40+ year stagnation or decline in real wages for 75% of the population this should be a national emergency. The Republicans have put their stake in the ground around trickle-down economics. Their policies will guarantee that the rich and corporations will continue to get fatter. The Democrats talk blandly of job training and perhaps an increase to the minimum wage. Though even here they stop at $15 per hour when $18 per hour is required to get us back to the sad state of affairs in the mid 1960s. Given the success the rich and corporations have had in recent decades in rigging the game in their favor something much more radical than currently envisioned even by so-called progressives needs to be done to correct this situation. 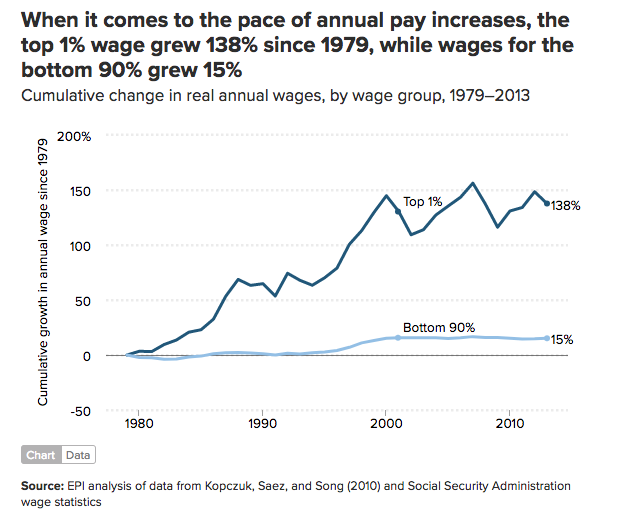 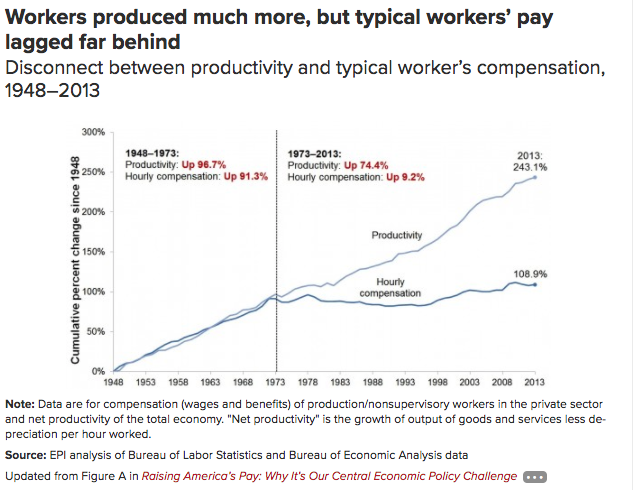 October 30, 2017 economy Comments Off on Jobs, Automation, Walmart, and Globalization – low skill, low pay jobs disappearing
Trump and Republicans (and some Democrats) puff up the return of well-paid manufacturing jobs and toss about ideas that thirty years of globalization can be reversed by renegotiating NAFTA and other trade agreements. All the while one of the most important factors in the disappearance of jobs, automation and robots --->> read more -->>

A Note on Jobs & Unemployment – revised

December 31, 2017 economy, free-market ideology Comments Off on A Note on Jobs & Unemployment – revised
A Note on Jobs & Unemployment Original publication date – 12/27/2016; Revised – 12/31/2017 As the presidential campaign of 2016 fades away and the Trump Era begins, we find a national scene without any real discussion of the facts of jobs and unemployment and what the future might bring. Trump --->> read more -->>