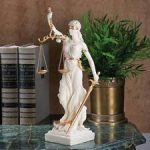 It is not often that one can make a judgement that is nearly absolute in its accuracy. Most things in life are complicated, complicated by circumstance, money, class, family, just plain errors in judgement, execution, and on… But, when it comes to the American justice system you come face to face with a system that is a gigantic fraud. This is as close to an absolute truth as one is ever likely find in our public lives.  The constitution, our whole history, our schools and daily media promises the lady with the balance beam of justice, the fair-minded judge, and a jury of our peers to hear out the arguments and facts of our cases.

As we pointed out in an earlier post “The Rule of Law, Justice, American Delusions” 97% of Federal cases and over 95% of cases in state courts are plea bargained and no jury ever hears the first word of testimony. This leaves prosecutors with enormous power, unregulated, unobserved power to coerce people into pleading to lesser charges for fear of the top charges piled on by the system. And, despite the promises of legal representation by court paid attorneys everyone knows that they too are caught up in a prosecution machine whose only function is to incarcerate as many people as possible. The only people who escape this fate are those with sufficient money to afford the $500 per hour (and more) required to retain competent representation. Thus rich people and large corporations can afford their justice, everyone else is put into the sausage making process that is the American justice system.

One feature of this system that is particularly egregious is that prosecutors cannot be sued under any circumstances for incompetence or worse outright malfeasance and wrong doing. They live in their own world where the path to success is largely driven by the rate at which they incarcerate people. This naturally leads to violations of conduct including withholding information from defense attorneys otherwise required to be disclosed under the Brady disclosure rule.

New York State passed a law in 2018 to establish a Commission on Prosecutorial Conduct to bring some oversight to what prosecutors in that state are doing. So far this is a lone beacon of reform.

Here are two podcasts that shed light on this situation.

A recent podcast from the New Yorker,  “John Thompson vs. American Justice” provides a particularly grievous example of prosecutorial misconduct.

Earlier, in another post “Recently Noted – Serial the Podcast – More Evidence of the Delusion of Justice” we noticed another podcast, this time a series, season 3 of  “Serial”, that focuses on the justice system in Cleveland.

Justice in America – Not

April 5, 2017 justice/jails, politics Comments Off on Justice in America – Not
A central dogma of American politics and culture is the rule of law. The ever present blind scales of justice are trotted out with such regularity that the briefest glimpse serves to remind us that we live in a country with a uniquely fair and just system of law. Of --->> read more -->>

November 21, 2017 justice/jails, recently noted Comments Off on Recently Noted – women in prison in the US – more on mass incarceration
“If New York were a separate country, its incarceration rate [for women] would be the 8th highest in the world. A woman in New York is 12 times more likely to be incarcerated than she would be in France.” The Prison Policy Initiative has released a new study “Women’s Mass --->> read more -->>

April 13, 2019 justice/jails, video-movies-podcasts Comments Off on Recently Noted – more John Oliver on American justice – or not
Once again we return to our comedians for information about what is going on in the world. This time more on the fraud that is our judicial system. Turns out that one of our regular sources, John Oliver, has really made a demi-career out of just this topic.   Share --->> read more -->>