It is absolutely clear that Trump and Republicans (Trumplicans) are to blame for the state we find ourselves in. Trump and Republicans can talk all they want about “Wuhan virus” and other racist slurs. There is no other explanation for the tremendous surge in COVID-19 cases across the southern belt of the US. It is their policies that have created this monster. There has been no coherent Federal policy to drive an effective response to the pandemic. Instead we have heard lots of propaganda from Trump and Republicans and out and out lies and misdirection. The pandemic in the US is now the Trumplican Pandemic.

The policies required to deal with the pandemic have been well know for months and months. Many, many countries in the developed world and in fact everywhere around the world have demonstrated how to implement the correct policies. The results speak for themselves. 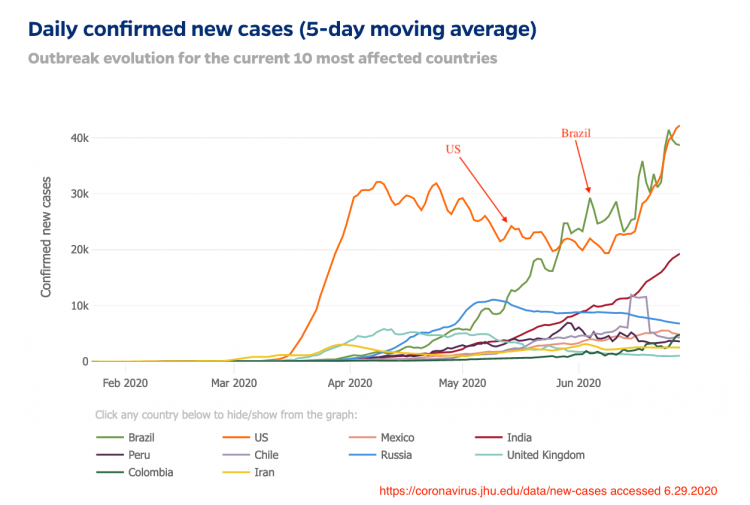 The policies can be summed up as:

China, Taiwan, South Korea, Australia,New Zealand and the European Union countries amongst others have demonstrated the effectiveness of these policies.

Meanwhile, the US, with 4.25% of the world’s population, already accounts for  26% of world-wide deaths from the disease.

What is our problem?

We started out on the right foot with a mass stay at home campaign. But then the President, the rest of his administration and many other Republicans refused to follow the science. No national policy followed excepting that the states were on their own. Trump and Republicans are parading around without masks and not practicing social distancing. Trump makes “jokes” about slowing down testing. Testing and tracing has only achieved scale in a few states. And, lots of states, now suffering the consequences, opened up bars, restaurants, and allowed or encouraged large group events. There have been numerous super spreader cases resulting from bars, parties, beaches, funerals, religious services, block parties…..  Proof of the effectiveness of masks alone can be found in the infection rates from the large social protests of the past month. For the most part protestors wore masks and even without the social distances practices being followed there have been no reports of outbreaks of the virus amongst the participants.

Trumplicans Are Sustaining the Pandemic

The policies and practices of Trumplicans are assuring that the pandemic will remain out of control in the US for the next month and more. And this timeline presumes that people come to their sense and follow the practices proven repeatedly to be effective. At this point you don’t have to be a rocket scientist to know what to do. You just have to not be a Trumplican apparently. This pandemic is now a Trumplican pandemic. 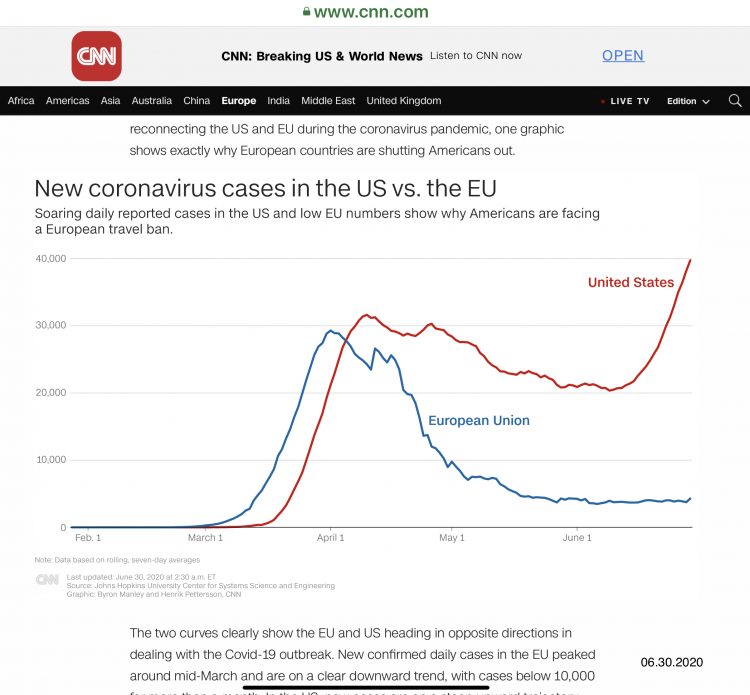 May 1, 2020 economy, free-market ideology, inequality, politics 1
[1]When Congress passed the second pandemic stimulus bill, the CARES Act, in late March, a key feature was the Paycheck Protection Program(PPP). This was $349 billion described as targeted to small businesses (in the world of the Federal government small businesses have long been defined as having fewer than 500 --->> read more -->>