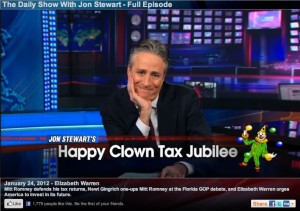 A recent John Stewart Daily Show that explored Mitt Romney’s recent release of income tax data got me to thinking about long division.

Then, I thought about corporate money in government. In 2011, $3.27 billion dollars was reported officially as expenditures on lobbying in Washington.  Again with the long division, that is $6.1 million per member of Congress. Remember this is lobbying dollars, not the super pac money or all of the campaign contributions Congress people spend most of their time soliciting. Or, to divide the $3.27 billion by the number of officially registered lobbyists in Washington, 12,592, this gives each of them $260,000 to divide between pay and payola.

Do some of your own long division.

Vicious Republicans Not Trump Are The Problem

June 22, 2017 politics Comments Off on Vicious Republicans Not Trump Are The Problem
With today’s release of the Senate’s version of the Republican healthcare bill we see clearly that the Republican Party is a vicious, immoral pack of angry white people – mostly men it would appear from the faces representing the party in the media (see below). No matter how you slice --->> read more -->>

November 19, 2011 economy, free-market ideology, politics Comments Off on Charts from Mother Jones Illustrate That the Rich Have Won the Class War
I came on a set of graphics in Mother Jones, “It’s the Inequality, Stupid: Eleven charts that explain what’s wrong with America” that illustrate what you probably already know. But, a simple refresher course in some of the reasons why the rich are rich. The 99% already have this base covered. Here are some of the --->> read more -->>