Just when you might be thinking that Trump should be paying attention to the burgeoning scandals and corruption that surround him; perhaps today he might be thinking about his next Twitter storm; how he might respond to the forthcoming lawsuits from folks in DC and Maryland claiming that he is violating the emoluments clause in the constitution.

No, he surprises us with another innovation in governing. He has turned his latest Cabinet meeting into a round of campaign rhetoric and sycophantic adulation and lies. Listen to the 11 minute video from this epic meeting on CNN, “Trump Meets with Cabinet, including Sessions“. Smacks of Trump on the Celebrity Apprentice. 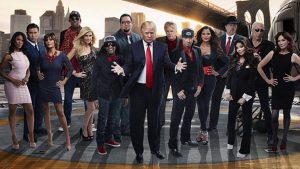 November 5, 2017 environment, recently noted Comments Off on Recently Noted: The Environment under Trump – from National Geographic
The National Geographic has a running list of the Trump regime’s efforts to save the environment for capitalism. A Running List of How Trump Is Changing the Environment  “The Trump administration has promised vast changes to U.S. science and environmental policy—and we’re tracking them here as they happen.” Here are --->> read more -->>

Is Trump Showing Signs of His Age??

February 23, 2017 politics Comments Off on Is Trump Showing Signs of His Age??
Ever since Trump came into my view as a candidate for President I have thought that his speech is strange. Choppy, half thoughts, repetitions of words and phrases, very few polysyllabic words, in short lacking in fluidity and continuity. Is this the way Trump has always spoken. Or, Is it --->> read more -->>