As noted in earlier posts, Affirmative Action for Whites Began in the 1930s and Creating Segregated America in the 20th Century – Government in Act, white Americans have been benefitting from preferential treatment by the government and private sector for many decades. The permanent second class citizenship for African Americans can be seen beyond segregated housing and education in a persistent income gap.

As the chart below from Paul F. Campos’ opinion piece, “White Economic Privilege Is Alive and Well” 1 shows the gap between black and white incomes at every level has remained virtually unchanged over fifty years since 1967. So, despite the apparent legal victories for civil rights of this year, America remains as segregated in housing, education, and jobs as ever. The preferential treatment of whites that became embedded in the government and private sector in the 1930s continues on to this day. 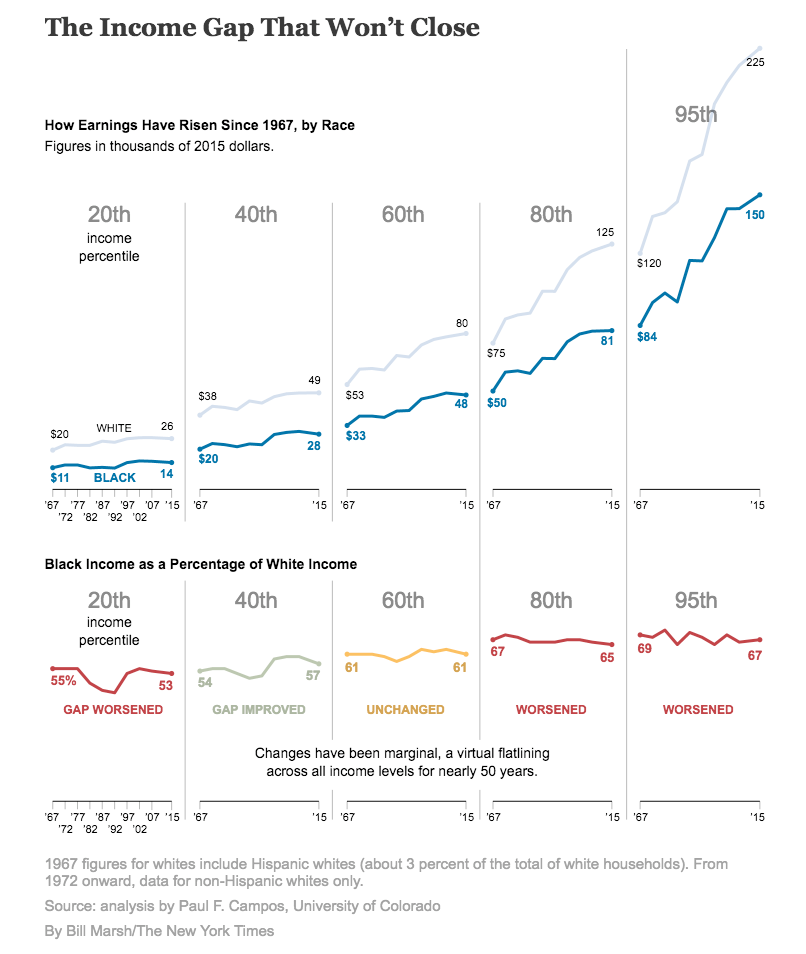