CHIP has been defunded by the vicious Republican Party. 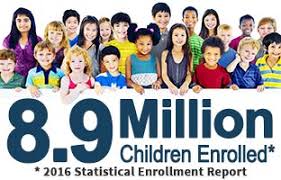 Nearly 9 million children are loosing their health insurance as states run out of funds. The Congress, controlled by the vicious Republican Party that is more focused on getting a sexual predator elected in Alabama than worrying about mere children, has not appropriated any new funds. This failure to act is more evidence of how immoral and corrupt the Republican Party is. They are more than willing to follow their fabulist trickle-down ideology to give hundreds of $billions in tax breaks to the wealthy and corporations, but not a penny for children’s health insurance. The Republicans and their evangelical supporters babble on endlessly about the sanctity of life but it seems that it is only the health and welfare of the rich that counts in their moral calculus.

July 30, 2017 free-market ideology, healthcare, recently noted Comments Off on Recently Noted – about healthcare
The New York Times has a piece this Sunday (7/30/17) by the well-known former Bush II economics advisor Greg Mankiw, “Why Healthcare Policy Is So Hard”. The article broadly acknowledges what every other developed country has recognized for decades, healthcare is not a good candidate for market control. Interesting that --->> read more -->>