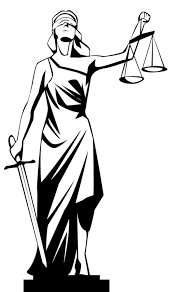 A central dogma of American politics and culture is the rule of law. The ever present blind scales of justice are trotted out with such regularity that the briefest glimpse serves to remind us that we live in a country with a uniquely fair and just system of law. Of course, if you have ever had the slightest encounter with the reality of this system you will already know that it is only those with money for whom this system produces any justice, and for them more money assures more justice.

Recently I came across the Prison Policy Initiative as a new source of information on how our judicial system actually works. PPI just released a new pie chart and other graphs, “How many people are locked up in the United States?”

“The U.S. incarcerates 693 people for every 100,000 residents, more than any other country. In fact, our rate of incarceration is more than five times higher than most of the countries in the world (my emphasis). Although our level of crime is comparable to that of other stable, internally secure, industrialized nations,  the U.S. has an incarceration rate that far exceeds every other country. [1]view-source:https://www.prisonpolicy.org/global/2016.html

To visualize this visit this graphic comparing each US state with its global ranking for rate of incarceration.

This slice of the Local Jails represents just over 70% of all the people held in local and county jails. Here is where money plays a central, controlling role. Could all of these people really be risks of flight? Are they all violent criminals who must be kept under lock and key? A recent video released during a trial in Texas (published here by the NYTimes) sheds some light on how the bail system works.

In 1980 roughly 20% of Federal criminal cases went to trial. Today less than 3% do. [2]see “Why Innocent People Plead Guilty” by Jed S. Rakoff, New York Review of Books 11/20/2014 http://www.nybooks.com/articles/2014/11/20/why-innocent-people-plead-guilty/  This reflects the gross inequities in power and money between defendants and Federal prosecutors and judges. Without a doubt a system that produces an incarceration rate of 97% is not even vaguely just.

These are just a few examples of why the American judicial system is far from the glowing image of fair and equal portrayed and touted so constantly by our politicians and media.

November 11, 2020 justice/jails, Video Posts Comments Off on Video Post – The American Justice System – the delusion and the realities

June 27, 2017 justice/jails Comments Off on The Rule of Law, Justice, American Delusions
Fairness, an equal shake, blind justice, jury of peers, rule of law…Amendments IV, V, VI, VII, VIII, and XIV…. these are all ubiquitous and universally applauded features of American life. Like blind lady justice they are ubiquitous in every area of our culture. This system of justice makes us superior --->> read more -->>