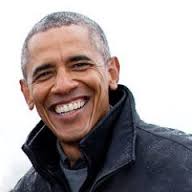 (Originally published as “Obama and the Future of the Democratic Party”)

President Obama achieved some remarkable things during his eight years. Action on income and wealth inequality were not among them. He surrounded himself, especially on the economic front, with people who had direct connections to Wall St. or academic economics. He famously made a speech in 2013 announcing that income inequality was “the defining challenge of our time”. 1 Then, faced with attacks from within the Democratic Party and all Republicans that he was engaging in “class warfare”, he beat a hasty retreat. The rhetoric was trotted out but he proposed nothing and did nothing.

New evidence of how big money works has turned up last summer in the WikiLeaks dump of Democratic National Committee emails. Included are an exchange between John Podesta, Co-Chair of the Obama Campaign in 2008 and later Obama’s Councilor and John Froman who was working at Citibank at the time of the emails and has held positions at Treasury and elsewhere. 2

The email exchange 10/8/2008 just shy of a month before the 2008 election presented a list of Cabinet and lower level nominees. Mirabile Dictu – the actual Cabinet lines up almost exactly with the “suggestions”. Here is an attachment from that email:3

It seems not to be much of a leap from a Cabinet dominated by the picks of Wall St. to suggest why, in the wake of the “Great Recession” (2008 and on), no high level Wall St. tycoon/CEO was indicted, went to jail, or even apologized for the stupendous gambling expedition that the financial services industry imposed on the world over the last ten years. Of course it must be noted that it was another Democratic President, Bill Clinton, also completely in the thrall of Wall St., who signed legislation in 1998-1999 that deregulated the financial services industry and set the table for this extravaganza of gambling and avarice that they call banking.

All of this is why we must demand that the Democratic Party categorically end their relationship with Wall St and the rest of the wealthy and corporate world. They need to focus their attention on the vast majority of Americans who have been losers in the 40 years of class warfare carried out so successfully by the rich and corporations. These folks have enriched themselves in an almost unparalleled fashion at the expense of the rest of us. Time to declare class war on them.

Earlier notes on this topic

June 8, 2013 security state Comments Off on US Vacuum Cleaning Our Privacy – the bigger story
There has rightfully been considerable outrage over this week’s revelations that the Federal government has been sucking up information on virtually every aspect of our lives, email, telephones calls, pictures, credit card and banking transactions, and so on. Unfortunately almost all of this discussion is taking place without a useful --->> read more -->>