The Republicans have rolled out their tax “reform”.

As predicted earlier in “Trickle-Down Returns to Enrich the Rich – updated” there are ample claims that their plan will boost economic performance for the vast majority of Americans. Additionally we are hearing more about how American corporate tax rates are the highest in the world. As usual with politicians, this is one of those truths that is a shell game. The tax rate on the books is actually higher than most. But the amount of taxes paid by American corporations is not.  NPR did a fact check on this claim back in August and re-discovered the well known fact that American corporations actually pay taxes that are consistent with most wealthy nations.1 And, corporations’ share of all tax payments has declined by 50% since the 1950s and ’60s. 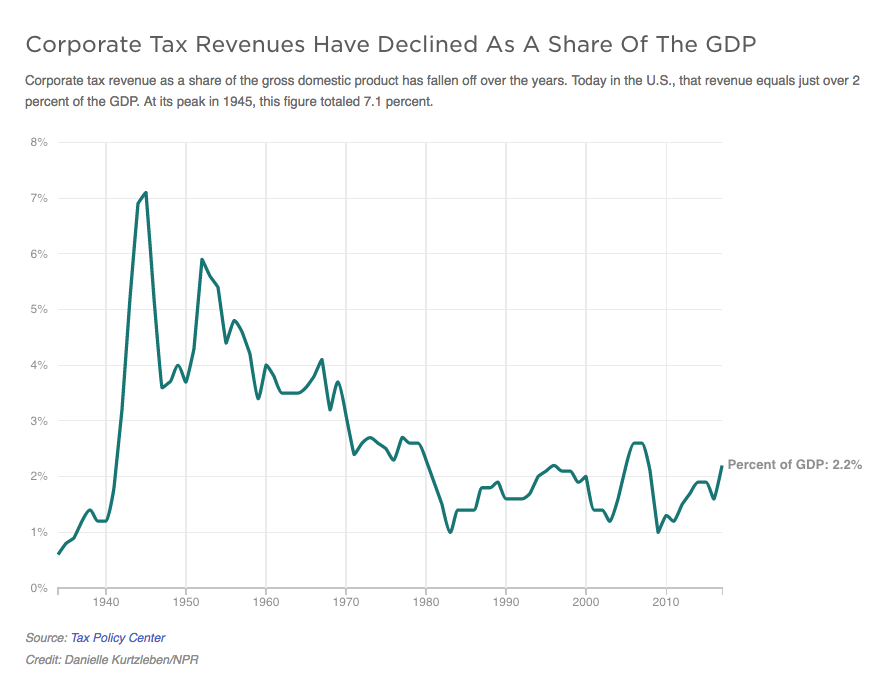 More In Depth about Corporate Taxes

Earlier this year the Institute for Taxation and Economic Policy released a report that goes into much more detail about how much corporations are paying and how they are avoiding paying. “The 35 Percent Corporate Tax Myth: Corporate Tax Avoidance by Fortune 500 Companies, 2008 to 2015” 2 offers a detailed look at the tax strategies of 258 of the largest most profitable companies in America.

One chart, reproduced here, shows the 25 companies which have received $286 billion in tax subsidies between 2008 and 2015. The total tax subsidies for the entire 288 companies studied amounted to $528 billion.

A particularly egregious example of how corporate chieftains line their pockets while avoiding taxes is the tax loop hole that allows corporations to right off the cost of stock options for executives. 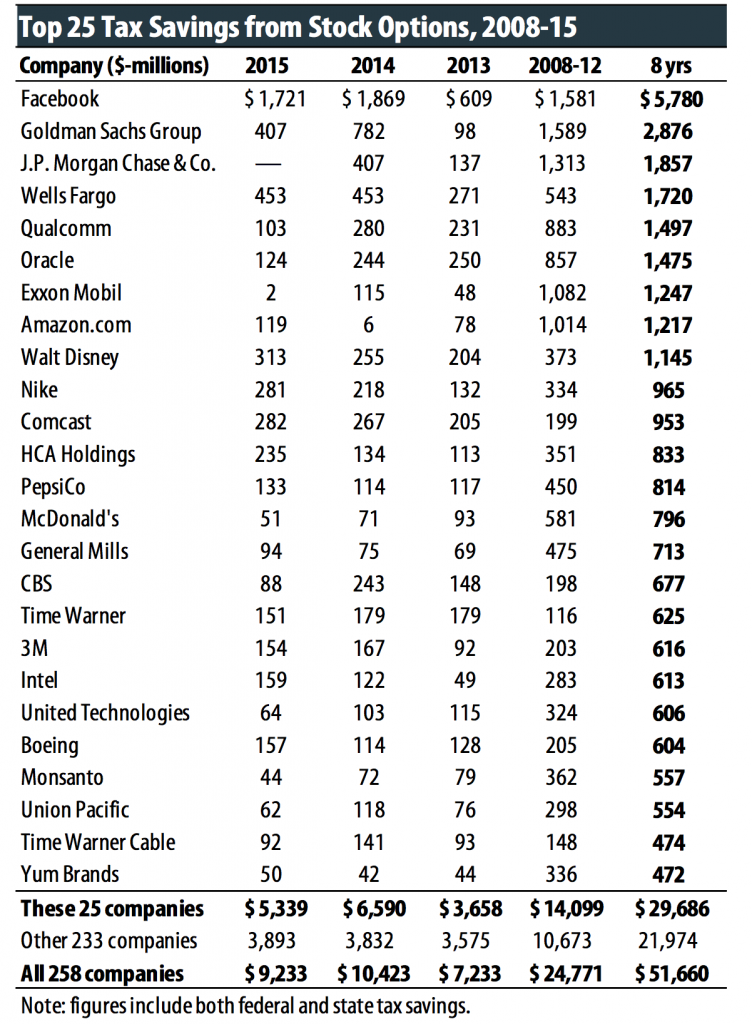 February 21, 2018 economy, free-market ideology, video-movies-podcasts Comments Off on John Oliver and Monopoly Capitalism
Corporate concentration of income and wealth are core features of capitalism. From its earliest chroniclers and cheerleaders like Adam Smith, the drive for corporations to get ever larger and in the doing drive their competitors out of the market was noted and warned against. In the US, the late 19th --->> read more -->>