The government and the press continue to refer to the FISA Court [1]The press has used the phrase FISA Court so frequently that it is now the term of art for the Foreign Intelligence Surveillance Court that was established in 1978 by the Foreign Intelligence Surveillance Act. This act was passed in reaction to the use of government resources to spy on US citizens under President Nixon. as a judicial review, a third party oversight of the government’s intrusions on our privacy. This misuse of words and concepts needs correction.

What Is a Court?

Most of us define a court through our experiences of them on TV or through jury duty. The components are well known, a judge, complainant (prosecutor), defendant, and frequently a jury. Defendants get to hear the charges against them and examine the witnesses called. Most courts are also open to the public. The Sixth Amendment to the Constitution guarantees these elements in criminal cases:

In all criminal prosecutions, the accused shall enjoy the right to a speedy and public trial, by an impartial jury of the state and district wherein the crime shall have been committed, which district shall have been previously ascertained by law, and to be informed of the nature and cause of the accusation; to be confronted with the witnesses against him; to have compulsory process for obtaining witnesses in his favor, and to have the assistance of counsel for his defense.

The FISA rubber stamp court is a sham. [2]Notice the less than ironic fact that the Foreign Intelligence Surveillance Court is now governing the domestic spying of the government. It operates in secret and only the government appears before the judge. Those affected by the decisions are not only not present they don’t even know that the proceedings are going on. Further, the judges truly are just bureaucrats dressed up as judges. Since the establishment of this court in 1979 there have been 33,949 requests (most of these coming in the post 9/11 era) by the government with 33,938 approved by the so-called judges. [3]http://epic.org/privacy/wiretap/stats/fisa_stats.html This is a %99.97 success rate for the government!

The Fourth Amendment and FISA “Judges”

The right of the people to be secure in their persons, houses, papers, and effects, against unreasonable searches and seizures, shall not be violated, and no warrants shall issue, but upon probable cause, supported by oath or affirmation, and particularly describing the place to be searched, and the persons or things to be seized.

It is true that the 4th Amendment, like all the other Amendments, has been the subject of interpretation. Exceptions have been carved out for drug testing of fire fighters, sobriety road blocks, and border crossing checks. There is a current controversy over the constitutionality of NYC’s stop and frisk policy. Within the last forty years the 4th Amendment has been interpreted to provide a right to privacy that includes communications via telephone and electronic communications. Somehow, given even this high school level understanding of the 4th Amendment, one might expect that one of the eleven so-called judges on the FISA court would have paused when confronted with a secret government request to secretly gather information on the entire US population.

This just further argues that the FISA Court is not a court in any manner not Orwellian in nature. Nor are the judges anything but national security bureaucrats dressed up to look like judges. Apologists for Obama have claimed that really nothing bad has happened as a result of the NSA vacuum cleaning of our digital lives. Some, Hendrik Hertzberg [5]http://www.newyorker.com/online/blogs/comment/2013/07/the-nsa-the-encroaching-police-state-and-the-system.html?mbid=nl_Daily%20(282) in The New Yorker, to be specific, have stated that we are missing the point.

“But I truly don’t think we’re living under an encroaching police state. I still don’t know of a single instance where the N.S.A. data program has encroached on or repressed any particular person’s or group’s freedom of expression or association in a tangible way. Nor have I come across a clear explanation of exactly how the program could be put to such a purpose.”

Privacy is a reality, tangible to use Hetzberg’s word, only when one knows that, acting in a private mode, communicating with others in an environment where there is a reasonable expectation that others acknowledge that privacy has been invoked,  the government is not listening in. There is a lengthy legal and legisative history to the definition of what our reasonable expectation of privacy is. This has been a modern adaptation of the found fathers’ concerns that the government not enter our homes without specific reason duly authorized by a judge following the clear mandate of the 4th Amendment.

Many in the government and press argue that metadata is not the same thing as listening in. Metadata is not part of your private sphere of life. To paraphrase, “We are not paying any attention to the content of your phone conversations and emails.”  As I, and others, have demonstrated (see “The Uses of Metadata – an experiment you can conduct with your own life’s metadata“) metadata as gathered by the NSA is in fact an intrusion on our right to privacy. I  did not dream up this analysis. Watch the NYTimes video “The Program”,  listen about 2 minutes in to the video, to William Binney, a man with decades of experience at NSA, describe how this works. If you think about the uses of metadata and see how just a little bit of it can model your social life in Immersion, the MIT experiment wirth Google data, one can come to no other conclusion but that the government is far exceeding its constitutional boundaries. The government simply has no business knowing this much about everyone in the country. [6]Apologists always drag up the red herring of corporate data mining as evidence that what the government is doing is not troubling. This is nonsense. No corporation has the power to indict you, drag you into jail, and ultimately keep you there because you have committed some crime covered by secret acts pseudo-adjudicated in secret.

But even if the program could be misused in that way, for it to happen you would have to have a malevolent government—or, at least, a government with a malevolent, out-of-control component or powerful official or officials. You would have to have a Nixon or a J. Edgar Hoover. But when you have a government or a powerful government official bent on repression and willing to flout the law, there are always plenty of tools at hand. Nixon and Hoover didn’t need data mining to do their mischief—and, again, I haven’t seen an explanation of how data mining would have helped them do worse than they did.

THIS IS DELUSIONAL THINKING

It also tells you that Hertzberg has not really looked at what data mining means. The history of governments is that Lord Acton’s maxim [7]It is worthwhile to read a more extended excerpt containing Acton’s maxim here in Wikipedia continues to be true. Give a bunch of politicians and bureaucrats information and power and bad things will follow. This kind of thinking is exactly why we need to limit the government and make it play by the rules, imperfect as they are. Given the increasing secrecy with which our government works and the intensity of Obama’s efforts to seal off knowledge about its workings, I am not reassured that malevolent things aren’t going on. [8]Here is an example of government abuse in an earlier posting, “Dangers of the US Security State“ [9]To be clear, I am in agreement with other of Hertzberg’s comments, “The real danger to civic trust (and ultimately, perhaps, to our freedoms) is the calcification and unresponsiveness of our political and governmental machinery”.

Once you build a military, war follows. 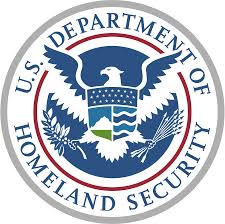 Obama’s policy to kill American citizens and others just because they fit some model of terrorist behavior seems a bit malevolent to me. For the moment the drones are predominantly outside the US. But, increasingly we are hearing of their uses inside the US for all sorts of purposes. Extra-judicial domestic killings, state murder seems a more appropriate term, less cleansed by offical speak, may not be far away. This may seem to be an extreme claim, but, given the government’s investment in anti-terrorist rhetoric to justify all of this, and the investment of $100s of billions in equipment and people, I think it is inevitable that this will occur. Once you build a military,  war follows. [10]If you grate at calling the Department of Homeland Security the military, think back to the imagery from the Boston Marathon bombing incident. The herds of heavily armed paramilitary forces redolent with all sorts of armored vehicles looked an awful lot like an army. Billions of dollars has been lavished on local and state police since 9/11. There were armored personnel carriers from NH, Cape Cod, RI and every locality closer on display. Looks like an army to me.

June 5, 2017 environment, political system, politics Comments Off on The Environment, Trump, Koch Brothers & Big Money
Trump’s recent announcement that he is leaving the Paris Climate Accord and his ongoing gutting of the Environmental Protection Agency should come as no surprise given his billionaire class Cabinet and advisers.  Now it is clear that the Koch brothers have been at work. They are notorious for their Libertarianism, --->> read more -->>

October 4, 2019 environment, recently noted Comments Off on Recently Noted – Your Burger vs. Transatlantic Flight – how much CO2?
The New Yorker published “Value Meal: Impossible Foods wants to save the world by inventing a better burger” by Tad Friend in the 9/30/2019 issue. During the introductory paragraphs the following statistic was cited: Every four pounds of beef you eat contributes to as much global warming as flying from New --->> read more -->>