The 8/24/2017 New York Times featured a lengthy well researched study, “Even With Affirmative Action, Blacks and Hispanics Are More Underrepresented at Top Colleges Than 35 Years Ago”  demonstrates that affirmative action for whites that began during the Jim Crow era and continued during the post-WWII boom in education persists to this day.

Read the article on your desktop, laptop or pad device. The many charts covering the Ivies and many other of the elite schools are a bit tough to read on your smartphone.

As a reference point here is a chart showing the current breakdown of the US population by race with future projections: 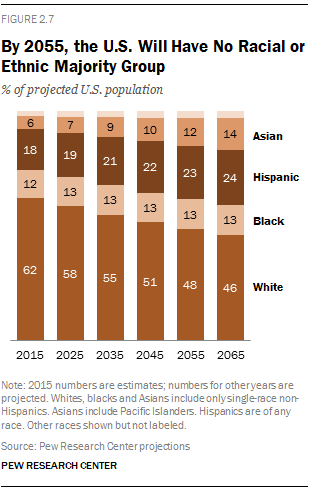 The NYTimes article provides the following overall statistics for top schools followed by the details for blacks and Hispanics: 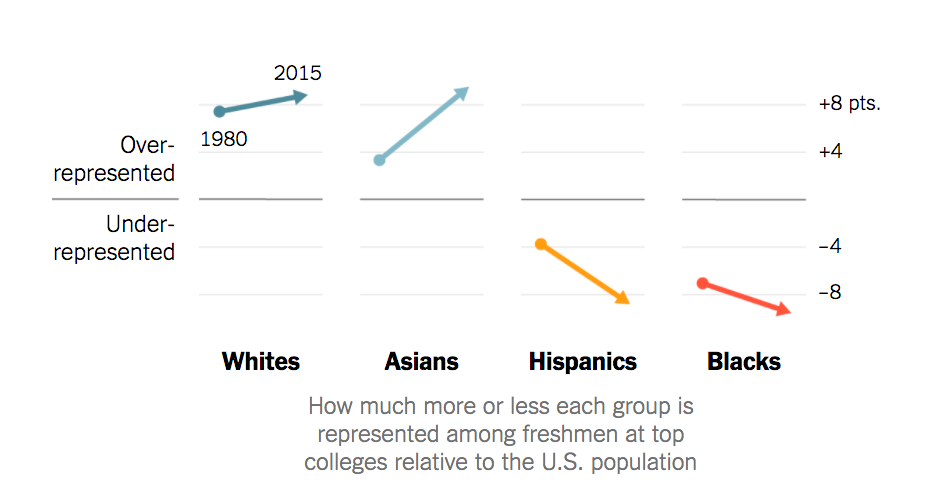 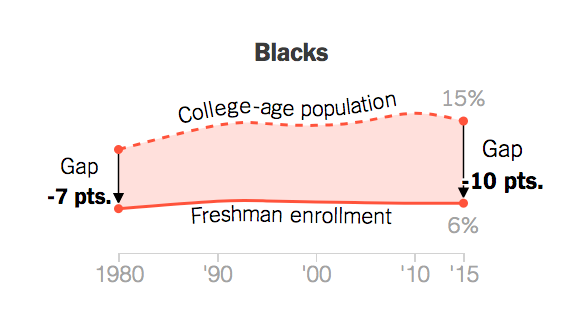 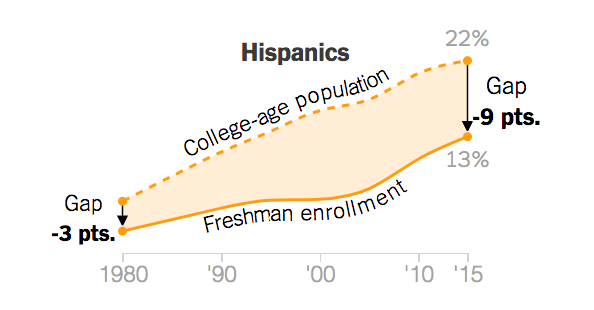