Global Warming and the Destruction of the Earth

Global warming is the most pressing symptom that human beings are not even remotely good stewards of their only home, planet Earth. It is not as though we have only recently come on the science, the data, the obvious changes in weather. In 1896 the Swedish scientist Svante Arrhenius calculated the effect of a doubling atmospheric carbon dioxide to be an increase in surface temperatures of 5–6 degrees Celsius. Scientists in the oil industry, specifically Exxon (now Exxon Mobil) wrote memos to their corporate chieftains in 1977 stating that burning fossil fuels, coal, oil, and natural gas, were contributing to an increase in the amount of CO2 in the atmosphere and increase the average temperature of the earth’s atmosphere. 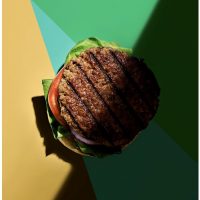 The New Yorker published “Value Meal: Impossible Foods wants to save the world by inventing a better burger” by Tad Friend in the 9/30/2019 issue. During the introductory paragraphs the following statistic was cited: Every four pounds of beef you eat contributes to as much global warming as flying from New York to London—and the average American eats that much each month.

A Major Shift in Emphasis – the environment 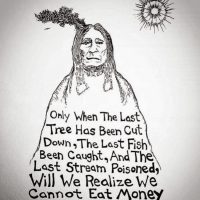 Friday 9/6/2019 Over the last several months I have been working on a restatement of the fundamental characteristics of the capitalist system. In doing this I have been thinking afresh about the current crisis of global warming and the surrounding environmental disasters of species extinction and the general defacement of the earth. I will complete this restatement shortly. Meanwhile I have rearranged the section of the website devoted to the environment to a more prominent —>> read more –>> 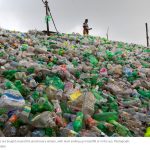 The earth is burdened by the tsunami of plastic refuse that will never degrade. Government needs to protect us from capitalist enterprises delight in externalizing costs to our detriment and their short-term benefit. 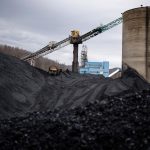 The National Geographic has a running list of the Trump regime’s efforts to save the environment for capitalism. A Running List of How Trump Is Changing the Environment –  “The Trump administration has promised vast changes to U.S. science and environmental policy—and we’re tracking them here as they happen.”

The now publicly visible campaign by the Koch brothers and many others to make their decade’s long campaign to deny climate change bear new fruit in public policy. More evidence that the plutocrats are now so secure in their control over our politics and the government that they can come out of the shadows and rule directly through Trump.

Dumping Concrete: a law of capitalism In action – a local example 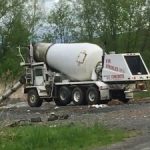 Every company seeks to get someone else to pay for as many of its costs of doing business as possible. The laws of capitalism require this. If all of Stickles’ competitors are similarly avoiding the costs of disposing of their waste concrete they must do likewise. Otherwise their cost of doing business would be higher. In the short term their profits will be lower. In the longer term they will be forced out of business —>> read more –>>

This 2015 movie by Chinese director Liang Zhao is filled with great cinematography and sounds. It trades back and forth between scenes of enormous horizon gulping coal mines, under ground mines, iron making, and ends with scenes of a ghost city filled with enormous apartment blocks in a newly developed but vacant city West of Beijing. But, the most arresting part of the movie is its focus on the workers, men and women, in this —>> read more –>>