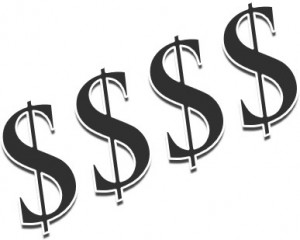 Now that the quadrennial Presidential election circus has officially passed the first pole, we can take a look at the field. None of the Republicans would even be allowed into my outhouse let alone past the front door. They are all counter-factual, racist, homophobic, religious, free market fundamentalist zealots (excepting of course Trump who is most of that but also a made for TV grinning orange monkey). So, enough with them.

So, what to make of the Hillary – Bernie contest. Here I think there is a compelling argument to support Bernie Sanders. There are obvious and substantial policy differences on tax policy, reforms to healthcare, education, family support and how to change the course of the US Imperium. But, the difference that is symbolically and practically most important is their connections to the super-rich and corporations. Hillary Clinton has been and continues to be beholden to these folks.

Bernie Sanders has famously raised most of his money from small donors. He takes no money from SuperPacs and other corporate, super rich money funnels.

Hillary Clinton on the other hand has a long track record of receiving large contributions from the rich and corporations. In addition, she has had her hand out for speaking fees from Wall St. and corporate groups that are so egregiously large that they bring the word payola to mind. “Hillary Clinton delivered 51 speeches in 2014 and the first three months of 2015, earning more than $11 million. Her fees varied, but she earned as much as $315,000 for speaking to eBay in San Jose on March 11; she also collected $325,000 for speaking to the technology company Cisco in Las Vegas in August.” [2]https://www.washingtonpost.com/politics/clintons-earn-more-than-25-million-in-speaking-fees-since-january-2014/2015/05/15/52605fbe-fb4d-11e4-9ef4-1bb7ce3b3fb7_story.html accessed 2/3/2016

It is simply not possible for a person to raise huge sums of money from the rich and corporations without one’s frame of reference,  language, rhetoric, even policy choices (including what not to talk about) being pleasing to the ears of these donors. It defies common sense and one’s day-to-day experiences with people to think otherwise. This makes it no surprise that one does not see the right-wing libertarian Koch brothers on Hillary Clinton’s donor list.

As Lawrence Lessig so cleverly demonstrated in his 2013 talk “We the People, and the Republic we must reclaim“, the rich and corporations hold their own Presidential primary that selects who may appear in the public primary and what may be spoken of. That has been true for all elections (including for Congress and the Senate) in recent times until Bernie Sanders engaged lots of us regular citizens. This is the most important reason to support his candidacy. He is the only candidate not in the pocket of the rich and corporations. To even begin to think about how to work our way out of our many problems and to capitalize on the opportunities, we need to retrieve our politics from the tsunami of money that now controls it. Bernie Sanders is a step in that direction.

May 1, 2020 economy, free-market ideology, inequality, politics 1
[1]When Congress passed the second pandemic stimulus bill, the CARES Act, in late March, a key feature was the Paycheck Protection Program(PPP). This was $349 billion described as targeted to small businesses (in the world of the Federal government small businesses have long been defined as having fewer than 500 --->> read more -->>