It must be noted that we have already had a large experiment with the obverse of this “don’t disturb the wealthy” policy. What if we made the wealthy even richer by lowering their tax rates? By simple logical deduction, this would incent them to invest more and create more jobs. Well, the Bush II years proved that this does not happen. Despite the largest tax reductions  on the wealthy in US history, job creation under Bush II was worse than in any presidency back to Hoover.

At some level believing the wealthy to be the job creators seems natural enough. They have lots of money to invest and in their desire for more they will be out investing in new projects that per force must create jobs. Without the aid of real analysis, I have always been a bit suspicious of this idea. Wealthy people have their money managed for them by large financial institutions and financial specialists. Very few of them are directly involved in any business other than the business of worrying about whether their financial advisors are ripping them off or doing stupid things. Why do real work when you can have your advisors leverage the vast scale of your wealth to get special deals on bundled high return financial instruments. 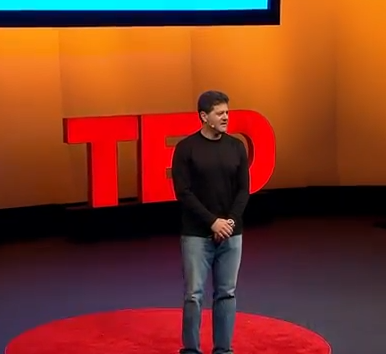 Along comes a wealthy guy, Nick Hanauer, [1]he was an early investor in Amazon with a five minute TED Talk debunking this job creator mythology that is more soundly thought out than my ramblings.

BTW – Hanauer’s analysis is straight forward Keynesian economics. We have a demand problem. US corporations have record sums of cash on the balance sheets. Yet they are not investing it. The answer is lack of demand, increased sales to generate the virtuous cycle of profits  followed by jobs. Though both the US and Europe are busy proving again that our economic problems are not going to be solved by austerity, debt reduction policies, other countries, like South Korea,  have proved anew the merits of Keynesian remedies. Unfortunately, we have no one in the elites who have the political will to do what has worked before very reliably. They used to call it “pump priming”. Now our pump is dry, unemployment and underemployment  is perniciously eating away at our society.

Dumping Concrete: a law of capitalism In action – a local example

May 6, 2017 environment, free-market ideology Comments Off on Dumping Concrete: a law of capitalism In action – a local example
The May 3rd post “Unbelievable” on our favorite local blog GossipsOfRivertown.blogspot.com caught our attention. This F.H.Stickles concrete truck dumping waste concrete next to a stream running into the Hudson River is a local demonstration of one of the central laws of capitalism. For more pictures of this incident go here. --->> read more -->>