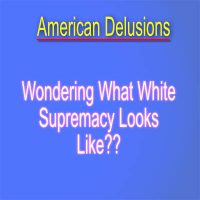 July 2, 2020
Wondering What White Supremacy Looks Like? (click on image to download the report) The Boston Globe reported on July 1, 2020 on the results of a study by Suffolk University Law School, “Qualified Renters Need Not Apply” (link downloads the PDF of the study) from the Globe report: An undercover investigation released Wednesday found that Black people posing as prospective tenants in Greater Boston were shown fewer apartments than whites and offered fewer incentives to —>> read more –>>

Reparations and the System of White Supremacy 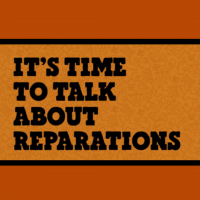 June 25, 2020
Monetary reparations for African Americans may accomplish very little to drive basic changes in the five pillars of the system of white supremacy: housing, education, healthcare, employment, and the judicial system. 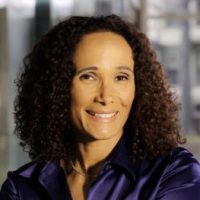 June 7, 2020
If you are struggling to get your head around how racism works you will probably find it helpful to have a general framework as a guide. This one hour lecture from 2017 features an overview by Brown University Professor Tricia Rose of the structure of racism and how it works in the US (approx. 29 minutes). Then follows a case study by Samuel Rosen, senior researcher, How Structural Racism Works Project at Brown, of how —>> read more –>>

May 21, 2020
The May 21, 2020 Issue of the London Review of Books contains a review article, “The Corrupt Bargain” by Columbia U. Professor Eric Foner1. It is a wonderful review of the history of this peculiar institution, The Electoral College. In the midst of his survey of the history of the electoral college system he notes: A candidate can carry a dozen or so large states by small margins and capture the presidency while trailing far —>> read more –>>

October 15, 2019
A challenging take on the state of racism in the US. Harvard sociologist Orlando Patterson reviews books on Clarence Thomas and his views on countering intractable white racism.

September 14, 2019
9/12/2019 A lecture at the Hudson Area Library tonight, Slavery and Dutch-Palatine Farmers: How did middle class farmers in Colonial New York interact with slavery?’ by Travis M. Bowman. The lecture began with the note that slavery in NY state lasted for over 200 years – from 1625 when the Dutch East India Company began the import and sale of slaves in New York City ending with its outlawing in 1827. Mr. Bowman brought new —>> read more –>>

July 17, 2019
The recent controversies surrounding Joe Biden’s anti- school busing collaborations with racist politicians from the south has for the moment aroused new comment on segregated America. The New York Times published an excellent review of the history of school desegregation by Nikole Hannah-Jones, “It Was Never About Busing: Court-ordered desegregation worked. But white racism made it hard to accept.” As the article notes the yellow school bus has been in use for almost a hundred years. —>> read more –>> 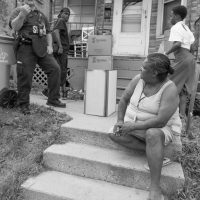 April 3, 2019
Eviction from home is a regular feature of life for the poor and working class, more so for black and brown people. The civil justice system works with the same imbalance of power as the criminal system. Based on the book Evicted by Matthew Desmond. 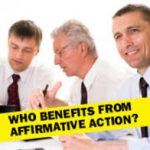 May 13, 2018
White Affirmative Action – Martin Luther King in 1968 In recent years scholars and activists have begun to point out how white privilege is supported by many decades of government action that affirmatively transfers money and resources to whites while explicitly denying the same support to African-Americans.1 To my knowledge Martin Luther King never used the phrase “white affirmative action”, but in his March 31, 1968 speech at the National Cathedral in Washington, DC, “Remaining —>> read more –>> 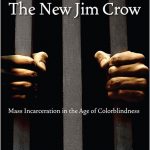 March 7, 2018
Mass incarceration, largely through the War on Drugs, combined with white racism has produced a catastrophe for African Americans. It is hard to imagine that if young whites, despite being no more likely to offend drug laws than blacks, were subjected to these laws that we would have seen a sharp reaction from the white majority. Michelle Alexander’s The New Jim Crow is important reading and a call to action. 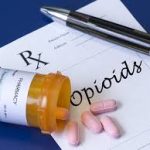 December 12, 2017
Opioids and White Privilege The arrival of opioids as a national concern might focus your attention on the role of drug companies, doctors, and hospitals in creating this new addiction path. In the October 30 New Yorker Patrick Radden Keefe provides a through introduction to this in his piece, “The Family That Built an Empire of Pain: The Sackler dynasty’s ruthless marketing of painkillers has generated billions of dollars—and millions of addicts”. But taking another —>> read more –>>

Thanksgiving – a bit of a corrective history telling and turkey adaptation 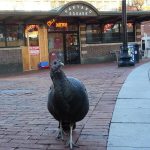 November 22, 2017
Corrective History The NYTimes posted a bit of Turkey Day corrective history: “Most Everything You Learned About Thanksgiving Is Wrong” By MAYA SALAM “The First Thanksgiving at Plymouth,” from 1914, by Jennie Augusta Brownscombe borrowed from NYTimes Adaptive Turkeys The Trump pardoned two turkeys yesterday at the White House. But, no surprise for us here in Columbia County, wild turkeys are doing just fine. Once again the NYTimes, ever on spot for trending issues, has an article —>> read more –>> 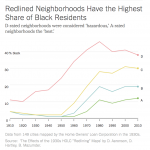 August 29, 2017
More evidence that today’s segregated America didn’t just happen out of individual choices and preferences. The 1930s redlining of neighborhoods by the Home Owners’ Loan Corp, a New Deal housing agency, has had long term effects of segregating people.

August 24, 2017
The 8/24/2017 New York Times featured a lengthy well researched study, “Even With Affirmative Action, Blacks and Hispanics Are More Underrepresented at Top Colleges Than 35 Years Ago”  demonstrates that affirmative action for whites that began during the Jim Crow era and continued during the post-WWII boom in education persists to this day. 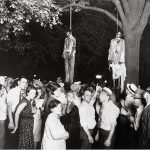 August 15, 2017
Viewed from a bit longer lens of history this reaction to white supremacist terrorism fits in very well with the lengthy history of Presidents, Congress, and the judicial branch turning a blind eye to white terrorism used as a tool to oppress African Americans during the so-called Jim Crow era. 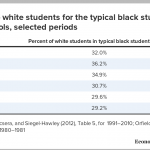 August 2, 2017
New Trump focus on race reminds us, “All of the liberal praise for civil rights has produced no results over these six decades excepting the ritualized celebration of African American History Month. This is so embedded in our calendar that even Trump issued another executive order announcing it.” 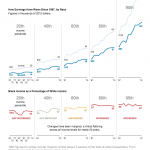 July 30, 2017
So, despite the apparent legal victories for civil rights of this year, America remains as segregated in housing, education, and jobs as ever. The preferential treatment of whites that became embedded in the government and private sector in the 1930s continues on to this day. 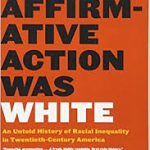 July 17, 2017
Segregated America didn’t happen by chance nor by choice of the victims. Consistent white supremacist government action supported by private institutions created the segregation that persists and flourishes in the 21st century.

New Orleans, Mayor Landrieu, and the Future of Race in America

July 13, 2017
On Friday 5/19/17 Mayor Mitch Landrieu gave a powerful speech about the need to deny the falsifications of history that are those statues and to embrace the phrase, e pluribus unum, from many we are one. The speech is well worth listening to.

Creating Segregated America in the 20th Century – Government in Action

July 12, 2017
Government, Federal, state and local took affirmative actions to set up and sustain segregation that is clearly unconstitutional and illegal. The de jure nature of the history then puts the burden on the government, our government, to remedy the situation.

Slavery in Hudson and nearby – continued

June 18, 2017
It is clear that though slavery in the North was not the dominant economic engine that was true of the South, slavery was present and visible on a day-to-day basis.

June 14, 2017
Notices of runaways slaves from the Hudson River Valley. Many were notices from slave owners in Hudson and Columbia County dating roughly from 1795 to 1840. Northerners may think that slavery was a Southern institution, but this history casts a decidedly different picture. 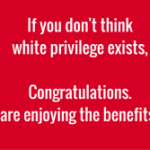 February 28, 2017
Borrowed from: http://greenlining.org/blog/2016/white-privilege-sequel/ James Baldwin pointed out repeatedly that racism is a white issue. In the US, only white people can end the 400 years of racism against black people. To that end there has been talk of coming to grips with white privilege. This would be an important first step for white people to engage in, to recognize their privileged state This can then lead to concrete efforts to undue the embedded racist structures —>> read more –>>

Slavery by Another Name: The Re-Enslavement of Black People in America from the Civil War to World War II

November 13, 2010
This book brings to light the extent to which the Jim Crow laws were in fact part of a totalitarian system of government that ruled the South for more than seventy five years. How these laws came to be called Jim Crow by historians instead of  “a system of racist oppression and exploitation” is a mystery. The fact that historians and school textbook writers  adopted this term,which is derogatory in its basis, points to a shameful lack of focus on —>> read more –>>

The Warmth of Other Suns – Isabel Wilkerson

October 10, 2010
Isabel Wilkerson’s book, The Warmth of Other Suns – the epic story of America’s great migration, creates  whole new planes of awareness of our history. This book startled me to a new understanding of how encompassing and pervasive the Jim Crow laws and social rules of the South really were. Without much thinking on my part, I have always equated Jim Crow with images of separate water fountains, lunch —>> read more –>>